CELTIC CROSSROADS:
A Virtual Concert
Tickets available to purchase through March 21!
(Once you purchase a ticket, you'll be able to view the concert any time up through March 28)
Tickets: $15/household
Available through TAK Music Venue:
PURCHASE TICKETS
​Join us as we present a Celtic music program featuring:
Jill Post, keyboard
John Juhl, percussion
Alex Rydell, fiddle
Rob Johnson, tenor
Dancers from the McDonald School of Irish and International Dance

We are thankful for the businesses and organizations that support the arts in our community! This concert is made possible by a grant from Jade Presents and The Arts Partnership. 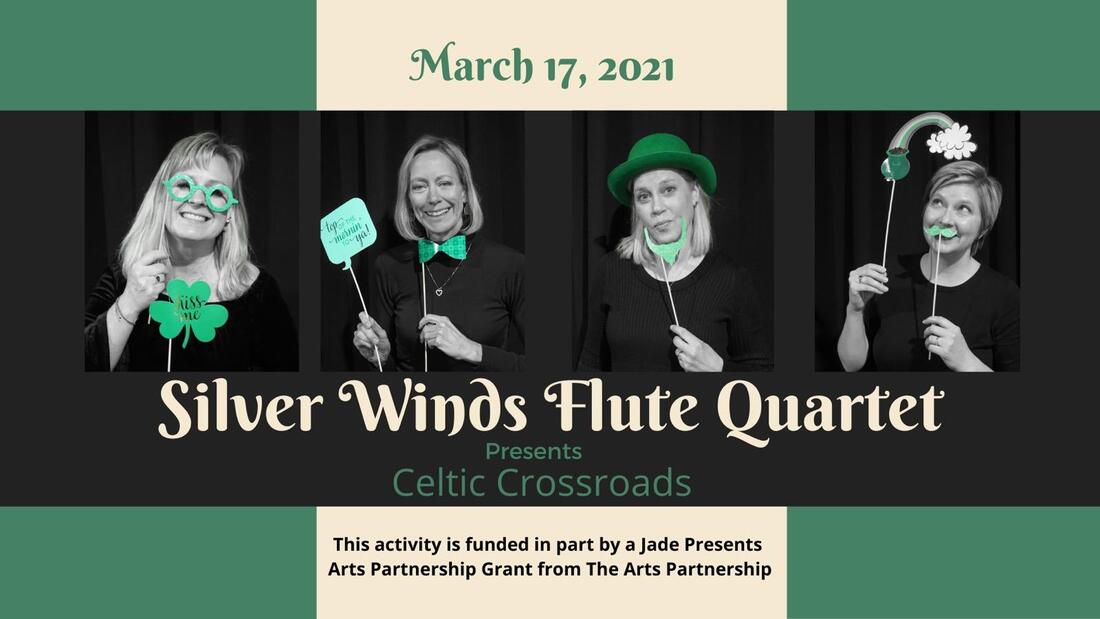 Get a sneak peak of our promo video!

Visit Jon's website for more information and to hear recordings of his compositions.